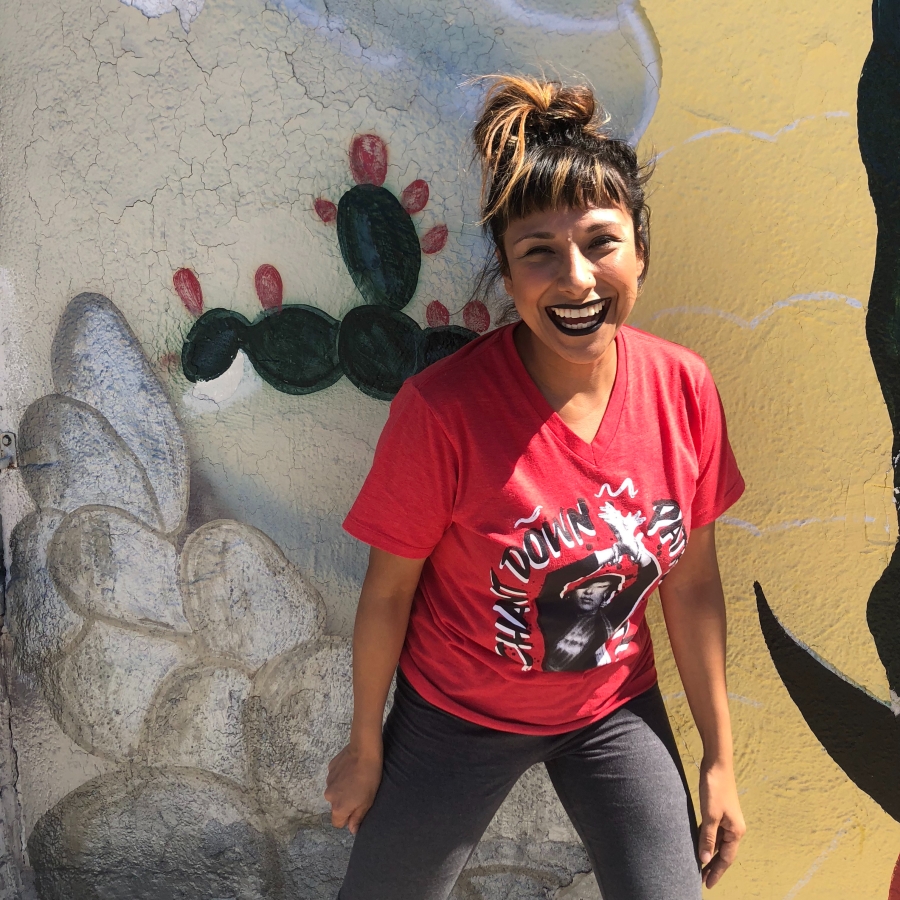 Sincera/Sincere: free from pretense or deceit; proceeding from genuine feelings.

Currently an MSW student at Cal State Los Angeles, Daniela is a cis-gendered, Latina who hails from Mexico City by way of the San Joaquin Valley in Central California. Her pronouns are she/her/hers. Born to a Chilanga mother and a Jarocho father, she lived with her family in the Romero Rubio Colonia of el Distrito Federal (D.F. short for federal district) for four epic years, before heading to los Estados Unidos.

Her family followed the pisca from Coachella to Bakersfield, to Porterville, which she considers her hometown.

A relatively cute child (if she does say so herself) with a cascade of black hair (that her parents eventually let her cut like the “other girls”) she was once called fat by a neighbor girl and for the first time (and not the last time) in her life began to doubt and scrutinize her body (kids can be so cruel). She’s combed social media looking for that pinche pendeja, but luckily, has never found her. She knows it’s bad to harbor anger – but no one’s perfect…

Much of her journey has included exploring moments like those, and understanding how they have shaped her current state of being.

Daniela was an awkward adolescent, shy and unsure, she navigated high school successfully and found her confidence & voice through the arts, particularly theater (she was also in band, choir and ceramics). She graduated from the UCLA School of Theater Film and Television, is passionate about social justice and social work, and dreams of combining these pasiones in her career, post-graduation. This blog documents her past, present and future evolution, and serves as an exercise in honesty, vulnerability, and self-compassion. She hopes her readers will be inspired to tell their own stories.

Hi! I’m Daniela – welcome to my mind space. An Angeleno, lover of art, student of social work, advocate for social justice, and owner of cats. I’m interested in human behavior – particularly my own. I share and process my adventures here!